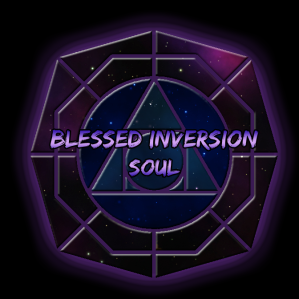 Jey Connors has been suffering from a reoccurring nightmare involving a monster of unknown origins. Each time it repeated the ferocity and anxiety it caused only increased. Adding onto the strain his mind already endured from his poor mental health. Each day was just another battle in his unending mental war…

Sleep was something that rarely came easily for Jey. His thoughts often restless and keeping dreams far from his reach. Unending nightmares making the idea of sleep itself an unwelcome one. Though sleeping with his boyfriend Hal by his side helped ease his mind. The slow movement of his chest with each breath beneath Jey’s head. The sound of rhythmic heartbeat upon his ear. The gentle breath upon his forehead. The warmth of their skin touching. Knowing that Hal was by his side throughout the night, even if he weren’t wrapped in Hal’s arms, gave Jey peace of mind. Both cherished moments like this where they could express their love unopposed. It didn’t matter that both were men or that one was Chinese American and the other African American. Although, when Hal got too excited and accidentally triggered his cryokinetic powers, the feeling of closeness was suddenly unwanted.

“OH MY GOD!” Jey shouts as he quickly jumps out of bed and falls to the floor. The sudden cold against his bare skin was the last thing he wanted on one of his days off. “The hell Hal?!” he shakes wrapping himself up in the covers.

“Dude, my thingie came in!” Hal jumps up ecstatically as he admires his Inversion Registration Card.

“Why did you have to ice up like that though?”

“I’m sorry but it’s the thingie I told you about.” he tries his best to contain himself but fails miserably. “My card thingie the um…just…here.” Hal tosses an ID at Jey who begins to examine it. It was his official Inversion Registration Card that allowed him to use his powers in public while being protected legally in case of unfortunate accidents.

“It’s an ID.” Jey frowns unimpressed. Throwing the IRC back at Hal and curling up on the floor in his covers cocoon.

“It’s my official ID so I can superhero and not get arrested now. It’s like…super late but still. I can finally go out again.” Hal returns to normal and walks over to Jey to comfort him. His ice making way for the ebony skin beneath.

“Meh, I’m still mad.” Jey curls up into his cocoon even tighter.

“You baby.” Hal pouts. “Fine, I’ll make it up to you when I get back.” As Jey remained sealed in his covers cocoon, Hal grabbed his costume and leaves the room. After an unfortunate firing at his previous job, Hal worked as the superhero Black Ice. Since his powers emerged roughly 2 months ago, Jey remained ever the supportive one as Hal had been supportive of his gaming career.

In another timeline much like the one where Jey and Hal lived as the heroes Soul & Black Ice, in this timeline Jey Connors had lived on for the next 10 years. Growing older and wiser. Magical skills and skills with his Inversion abilities growing with experience. His body now covered in a skintight suit. Blue covering the torso while black covering his legs. The blue portions shimmering with galaxies. The forearms colored white to give it the impression of gloves while his feet cut off with white boots. A deep purple cape attached around his neck floated majestically in the air. His body sheathed in an indigo aura as he floated in the center of dome flowing with Aether of every hue. His own personal sanctuary that looked like a courtyard with a statue and fountain in the center during a starry night.

“That dream again…” Jey thought as he opened his weary eyes.

“Are you okay master?” The voice calls out again. It was a fair skinned boy of 13 with pushed back auburn hair and a single noticeable bang hanging down on the right side of his face. Like Jey, he wore a similar skintight costume. The torso covered with an orange-colored ‘X’ shape design that shimmered with galaxies. Dark orange lining separating the forearms which were the same orange color. Rather than a clean separation, the lining split in a triangular shape at the elbow. A matching orange scarf wrapped around his neck and flowing in the air. A pair of white goggles worn resting atop his head. His gentle grey eyes that had peculiar lines running down from them to his jaw looked to Jey with concern.

“I’m fine Ein.” Jey replies as he floats back down to the ground. “Just thinking.”

“Yeah…” Jey responds after a pause. With a wave of his hand the courtyard fades and transforms into a snowy rooftop. A wintery Silver Plains lay before them. For years the world had been caught in a neverending winter but none knew how. For Jey, it was a day he could never forget. The day Hal left their home to use his IRC. Little did he know he’d be pulled in a conflict that almost ended all life on Earth. After SWAT-Spider and the Inhibitors fell, Black Ice made the ultimate sacrifice to stop Pheromaster and the Inversions he had controlled. Leaving behind a permanent winter. An unending reminder of his presence for the few who knew it. “Did SWAT send you?” SWAT, or rather Gabriel Kessler, was the only other person who knows of the sacrifices that came with the unending winter. Both worked hard together for years to protect the world in the place of their fallen family.

“Uh huh.” Ein nods. “You’re the only one who can teach me magic anyway. I would’ve come on my own.”

“What about school?” Jey asks as he begins floating off the ground.

“Snow day.” Ein smiles as he flies after Jey. A dark orange aura glowing as he follows.

“I know. It looked like you needed to hear it.”

“Magus! We got a problem right up your alley!” A male voice with a noticeable Irish accent calls out to Jey across the Aether.

“Frost Giants. Don’t know if we missed em last time or there’s another Rift Gate somewhere. Just head Downtown when you can! Most I can do is still ’em for a while.” Although his training under his father was brief, SWAT made sure to practice and work towards honoring his name. To be his living legacy.

“When do I get a name master?”

While Black Ice’s sacrifice did protect the world, he inadvertently allowed more mystical threats to plague the planet. Magus & SWAT did all they could but there was still a limit. Seeing the struggles they went to a thought crossed Ein’s mind. He grew up in an age of endless snow raised by the two heroes who protected it. Both adopted son and student to one in the name of a father he’d never have a chance to meet…but what if he could? He was still inexperienced in the ways of magic but there was a particular spell he had thought about at times.

Ein summons a crimson-hued tome from the Aether as it begins to glow. “Rift of the Crimson King!” he invokes his magic as he fades from existence. Being hurtled across reality. When his vision returns, he finds himself in the skies of Silver Plains. The sun shining in the sky and not a speck of snow to be seen. He deeply loved his masters Magus & SWAT but he could see in the back of their eyes a sadness that never faded. A scar that could never be healed. But now that he was in the past, at least one of the pasts he could spring from, he had a chance to see what type of life he could’ve had if things were different. But most importantly, a way to change his time for the better…