Damian has returned to Gorilla City to confront his grandfather, Ra’s Al Ghul, about AMAZO. Will there be a compromise or will they be forced to battle it out? 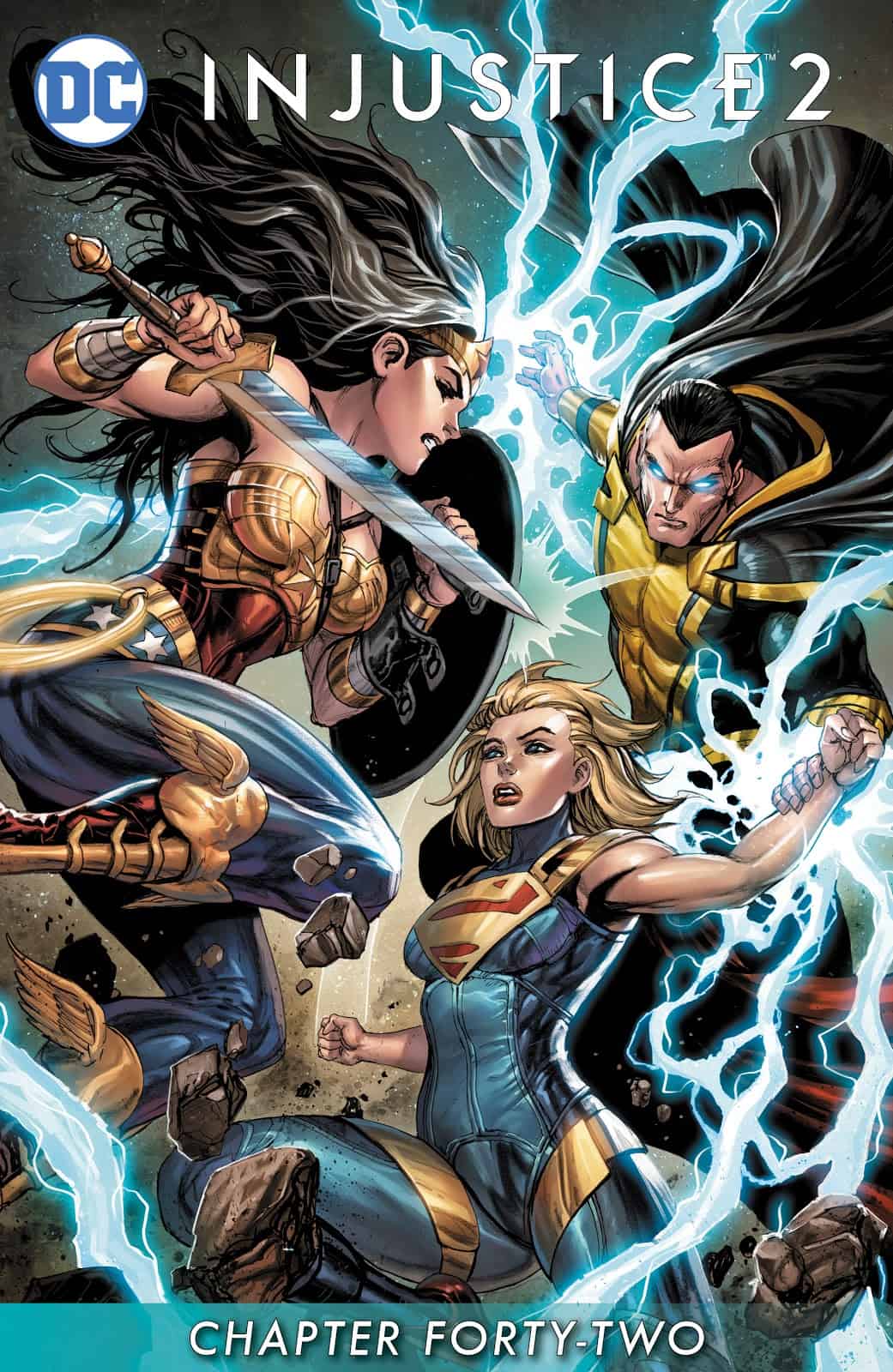 Recap:
The situation in Gorilla City continues to spiral out of control. Damian, Animal Man, & Vixen begin to contemplate abandoning Ra’s AL Ghul’s cause after failing to recruit Black Adam. But this brings the already mounting tensions to a head. Now Gorilla Grodd prepares to stage a coup against King Solovar…and there’s nothing to avert it from happening.

Review:
I really like that the comics continue to make it clear that Damian isn’t a total monster. Something the games have almost gone out of their way to bludgeon into the audience mind. Overall the chapter felt fine. It gave Damian more development and is heading to the end of the Grodd/Solovar spat.

My main gripe was the random Suicide Squad scene. I know the Injustice comics have a habit of making simple things come back later as important but unless this has an impact on the upcoming event, it felt out of place. It made a disconnect between the first scene and the third like a forced joke in an action film. It could turn out to be relevant later but in the moment of reading, it felt off.

Where’s Dark Batman? Did we just forget about him entirely?