The plot thickens while the search for Rory continues. 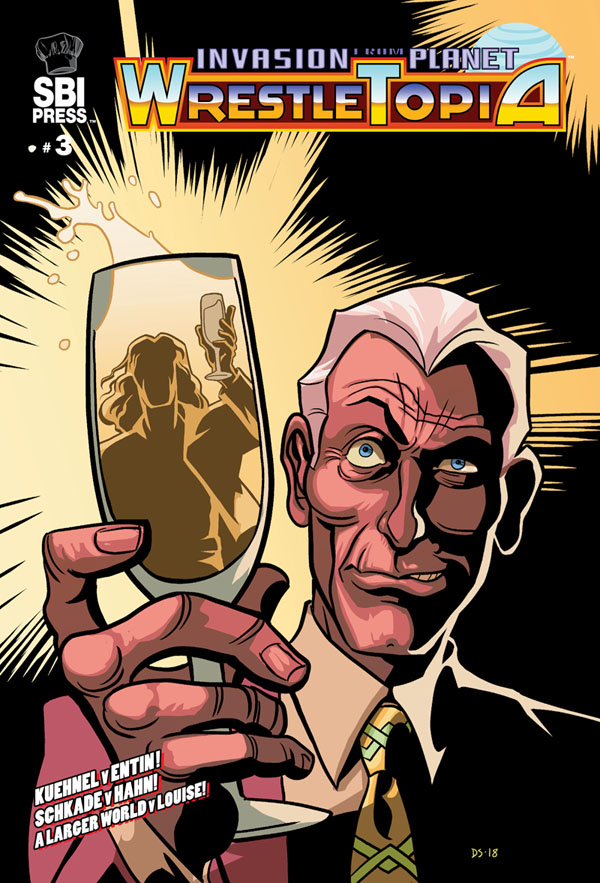 The Regal Rumble has begun and Earth is not prepared to deal with it. While Manifest Destiny continues his pursuit of Rory. Our hero gets help from some old friends.

This issue we get a lot more focus on the plot and character development with only a few bits of action. Machito being a highlight for both the dramatic and action portions. We even get to see the world’s leaders try to solve this crisis…With hilarious results.

Now in the previous issues, they have made great use of dramatic lighting. But they make even better use of it this time.  Using the lighting and negative space to make scenes have more impact. Going so far as to often not even have a visible background. Granted, part of this is due to many scenes being set at nighttime. Most of the time it’s for a stylistic effect that could turn out badly. But ends up working in their favor. Giving it a minimalist vibe without coming off as lazy.

As a fun bonus, the pages after the issue ends details six wrestlers like a baseball card. We also get a mail-in order form for an album by Rory. Both were nice little flavorful additions to the overall product. While the latter reminded me of a certain Shawn Michaels photoshoot from ages ago.

From dramatic action to normal drama, Issue 3 has kept the momentum going despite the somewhat slower pace. A feat that is not easy to perform successfully.

If you’re interested in seeing more from Suspicious Behaviors Production head on over to their website where you’ll find links to purchase Invasion From Planet Wrestletopia on comiXology!